He understood the pain of others | The Indian Express

He understood the pain of others | The Indian Express 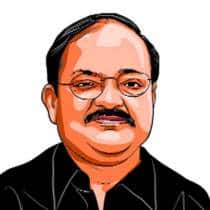 He understood the pain of others

Gandhi’s vision of service and humanism is relevant across nations and time. 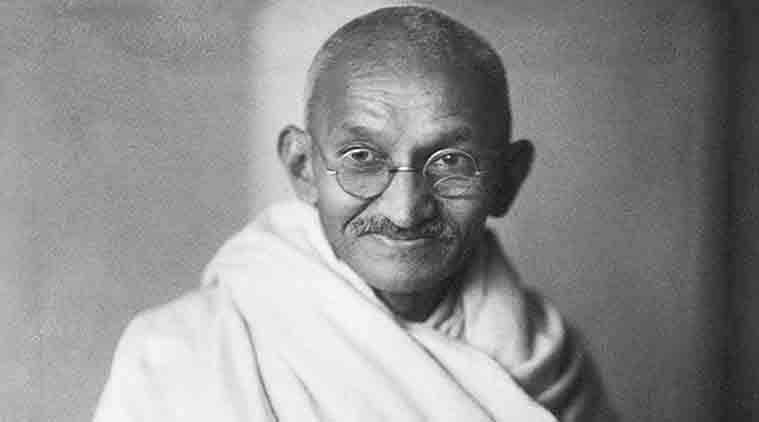 Mahatma Gandhi
Mahatama Gandhi’s vision and voice have a rare resonance in numerous hearts around the world because it springs from the timeless humanistic vision of India. His experience with truth and his commitment to serve those in need are inspirational.
The Indian worldview regards the entire world as one large family. The following verse from the Ramayana, the epic written around the 7th century BC, encapsulates this universal vision: “Ayam Nijah Paroveti Gananaa Laghuchetasam/Udaara Purushaanaam tu Vasudhaiva Kutumbakam” (Only the narrow minded categorise people as “our own” and “others”. For those who have a large heart, the entire world is just a large family)
A corollary of this view, which follows from the concept of the whole world being seen as one family, is the attitude of empathy, of sharing and caring, a sharp focus on alleviating the agony of fellow human beings. Gandhi’s life is an eloquent expression of this attitude and value system. As he himself had said, “The best way to find yourself is to lose yourself in the service of others.”
This vision of service and humanism, and transforming noble thoughts to tangible action, has inspired several generations of world leaders. The same vision provides the springboard for the initiative being launched today (Malawi, November 5). The Government of India has launched “India For Humanity” in order to take the message of Mahatma Gandhi to all parts of the world over the next year. It seeks to celebrate the great values of humanism, which Gandhi embodied. For this, the government has selected one of the great scientific innovations from India that has transformed, and continues to transform, numerous lives, the Jaipur Foot. It is an initiative that provides to the differently-abled persons a sense of freedom and mobility, a sense of dignity and an ability to live life fully.
Bhagwan Mahaveer Viklang Sahayata Samiti (BMVSS) is a Jaipur-based non-profit organisation founded by D R Mehta. For his extraordinary contribution to humanity, the Jaipur foot, he was awarded the Padma Bhushan by the Government of India. BMVSS is the world’s largest organisation for equipping the differently-abled with artificial limbs. What is remarkable is that it provides these services free of charge. The Jaipur Foot is lighter than other artificial limbs and has helped thousands lead a life of dignity.
The first Jaipur Foot camp in the series is being launched in Africa in Malawi. It was here in Africa that Gandhiji took his first steps towards becoming a Mahatma. Martin Luther King Jr, said, “If humanity is to progress, Gandhi is inescapable. He lived, thought, and acted, inspired by the vision of humanity evolving toward a world of peace and harmony. We may ignore him at our own risk.”
Mahatma Gandhi’s life, his message and outlook towards humanity is embodied in the hymn: Vasihnava jan to, tene kahiye je peed paraayi jaane re. The 15th century Gujarati bhajan can be translated as “a virtuous man is one who understands the pain of others”.
Since this prayer was dear to Gandhi and in many ways also captured the spiritual ethos of India itself, the Ministry of External Affairs had this bhajan sung by eminent singers from 124 countries and launched it on October 2 on the occasion of the 150th birth anniversary of Mahatma Gandhi.
Gandhiji was an inspiration to all mankind. He truly believed that cleansing our inner being of all evils is as important as cleansing our countries of colonialism. His deep sense of compassion and inclusiveness permeated his outlook on humanity — this included his opponents as well. Mahatma Gandhi said: “I am endeavouring to see God through service of humanity for I know that God is neither in heaven, nor down below, but in everyone.” It is this spirit of service to the entire humanity without any distinction of caste, creed, race or religion which we seek to capture by launching India For Humanity.
It is in South Africa that Mahatma Gandhi spent more than two decades. It was also in South Africa that he came across severe discrimination, apartheid and gross injustice being perpetrated on human beings. His searing experience in Pietermaritzburg, where he was thrown out of a first-class compartment since he was not white, transformed his life once and for all. He dedicated his life from there on to fight apartheid and discrimination.
Through his fight against these evils, he sharpened his weapons which were to ultimately liberate not just India but also inspire many other countries to gain independence from colonial rulers. The tools he employed to fight oppression and injustice in Africa were those which he finally employed against the colonial masters in India, namely, truth, non-violence and satyagraha.
We should not forget that it was this soil of Africa which gave the nourishment and inspiration and made Mahatma Gandhi what he was. Africa transformed his vision and gave greater clarity to his life’s mission. Great African leaders like Nelson Mandela of South Africa, Kenneth Kaunda of Zambia, Kwame Nkruma of Ghana, Jomo Kenyatta of Kenya and Julius Nyerere of Tanzania were some of those who were inspired by Mahatma Gandhi. Others outside the African continent
too drew inspiration from Gandhiji, the foremost amongst whom was Martin Luther King Jr.
I understand that there is even a Mahatma Gandhi road in Blantyre in Malawi. We truly believe Gandhiji’s legacy is as much yours and ours as it is of all people across the globe.
The writer is the vice-president of India. This is an edited version of a speech at the launch of ‘India For Humanity’ with Jaipur foot camp the at Lilongwe, Malawi on November 5.
For all the latest Opinion News, download Indian Express App
More From M Venkaiah Naidu