Gender of justice | The Indian Express

Gender of justice | The Indian Express 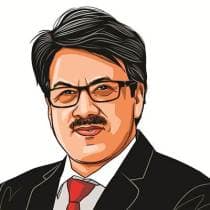 Gender sensitisation of the judiciary and appointing more female judges is imperative.

The researchers found that the judges betrayed sexist notions of gender roles, showed a tendency to use insensitive language. Illustration by CR Sasikumar
Conservative and progressive elements tend to coincide in judicial discourse. The Supreme Court has recently passed certain key judgments to safeguard the rights of women. It abolished triple talaq, upheld women’s autonomy, while declaring the law on adultery unconstitutional, and ruled that the bar on women’s entry to the Sabarimala temple is illegal. But the judiciary has also been a purveyor of sexist notions — at times, perhaps inadvertently. Victim-blaming by the courts lends credence to certain stereotypes, and such responses go on to influence the entire criminal justice system. Last year, for example, the Punjab and Haryana High Court made a few gender-insensitive comments while hearing a rape case involving students of a private university in Sonipat.
In Mahmood Farooqui, the Delhi High Court’s recourse to stereotypes received a lot of flak. The court asserted that it did not want to cast the victim as an ideal “archaic stereotype”. But then it also talked of the “academic proficiency” of the parties involved in the case and averred that a “feeble no” by a woman could mean a “yes”. In a study conducted by researchers of the National Law University, Delhi, 50 rape case judgments of the Supreme Court were analysed to understand how the court tends to perpetuate gendered opinions. The researchers also tried to understand if the court evaluates victims in a stereotypical manner. These include how a rape survivor would or ought to react, what a perpetrator would do after the rape and whether a sexually active victim would make a false rape accusation.
It was observed that judges often have a stereotypical image of a rape victim. The researchers found that the judges betrayed sexist notions of gender roles, showed a tendency to use insensitive language and made comments that undermined the seriousness of the incident. Certain judgments did have sensitive comments that broke gender stereotypes and rape myths. However, such verdicts were very few.
The study revealed that the insensitivity of the judiciary manifests in different ways. At times, the court expects a typical reaction from a woman who has been raped, even though studies indicate that there are no “typical” reactions. In Raja v. State of Karnataka (2016), the Court overturned the conviction of three persons accused of raping a domestic worker in Bengaluru, since it found merit in the defence’s argument that the victim was a prostitute who was falsely accusing the accused. The court observed: “(the victim’s) post-incident conduct and movements are noticeably unusual. Instead of hurrying back home in a distressed, humiliated and a devastated state, she stayed back in and around the place of occurrence, enquired about the same from persons whom she claims to have met in the late hours of night. Her confident movements alone past midnight, in that state, are also out of the ordinary. The medical opinion that she was accustomed to sexual intercourse when admittedly she was living separately from her husband for a year-and-a-half before the incident also has its own implication.”
In Sudhanshu Sekhar v. State of Orissa (2002), the judges did not believe the victim and acquitted the accused by holding, “though the past conduct of the prosecutrix is an irrelevant matter, in the instant case, (the prosecutrix) asserted that she was a virgin until the alleged incident, but the evidence supported by her physical features revealed that she was habituated to sex. All factors cast a serious doubt on the prosecution case”. At times, judges inadvertently undermine the seriousness of a traumatic incident. For example, in Vinod Kumar v State of Kerala (2014), the court overturned the conviction of a married man who was accused of raping a 20-year-old on the pretext of marriage. It then hoped that “his wife would find in herself the fortitude to forgive so that their family may be united again and may rediscover happiness”.
The study came out with four significant findings. First, was a sharp increase in gender insensitive comments in cases where the woman was sexually active. Sexist comments were made in 52.3 per cent of the cases which involved a sexually-active victim. Second, the presence of a female judge on the bench led to a sharp decline in sexist comments. There was no female judge in 44.4 per cent of the cases where the bench made a sexist comment. But only 14.2 percent of the benches with a female judge made a sexist comment. Third, conviction was overturned in 80 per cent of the cases in which the bench made gender insensitive comments. Fourth, gender insensitive comments have declined with significant amendments in law. While all the cases studied prior to 2003 had gender insensitive comments, only 15.1 per cent of the judgments after the 2013 criminal law amendment carried such comments.Rape victims are subjected to institutional sexism that begins with their treatment by the police, continues through a male-dominated judiciary influenced by notions of victim blaming and ends in the acquittal of many alleged rapists. The solution lies in initiating conversations amongst those who are entrusted with setting the tone of public discourse.
Gender sensitisation of the judiciary and appointing more female judges is imperative.
Bajpai is at the National Law University Delhi and the author of Victim Justice — A paradigm shift in the criminal justice system in India. Mendiratta is pursuing a law degree at RGNLU, Patiala.
Publicado por salud equitativa en 5:05