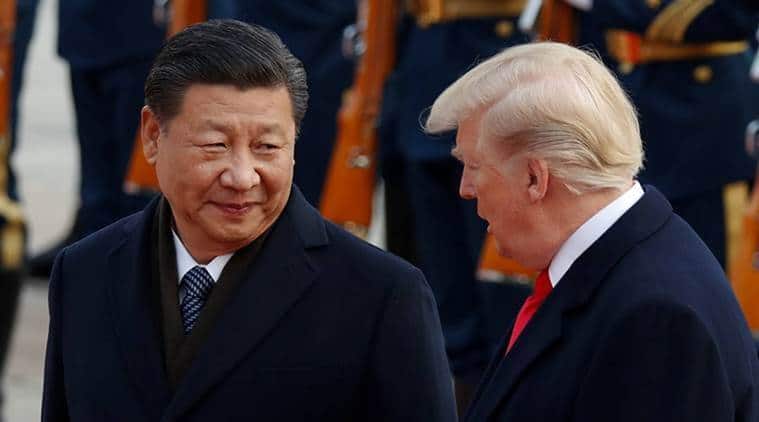 Chinese president Xi Jinping and his US counterpart Donald Trump agreed that trade dispute “should be handled properly through substantial consultation”. (File)
Chinese President Xi Jinping had an “extremely positive” phone conversation with US President Donald Trump about trade and other issues, the foreign ministry said Friday.
The two leaders agreed to “strengthen economic exchanges,” said a ministry spokesman, Lu Kang. He gave no indication whether they made progress on settling an escalating tariff war over Beijing’s technology policy.
Trump said earlier on Twitter that he and Xi had a “very good” conversation.
“I agree, this phone conversation was an extremely positive phone conversation,” Lu said at a regular briefing.
Trump has imposed penalty tariffs of up to 25 per cent on $250 billion of Chinese goods in a dispute over Beijing’s plans for state-led development of technology industries. Washington, Europe and other trading partners say those violate China’s market-opening obligations and some American officials worry they might erode US industrial leadership.
Trump said he and Xi plan to meet during a gathering of the Group of 20 major economies this month in Argentina.
“Both leaders attach great importance to China-US ties and economic ties,” Lu said. “President Xi Jinping also stressed that China-U.S. trade has long been serving as ballast and a stabilizer for China-US relations.”
The two leaders agreed the trade dispute “should be handled properly through substantial consultation,” Lu said.

President Donald Trump wants to reach an agreement on trade with Chinese President Xi Jinping at the Group of 20 nations summit in Argentina later this month. 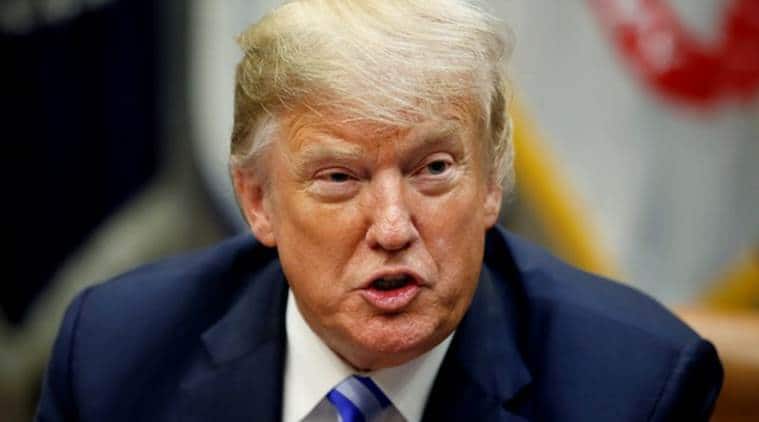 Trump reportedly asked key cabinet secretaries to have their staff draw up a potential deal to signal a ceasefire in an escalating trade conflict. (Reuters/File Photo)
President Donald Trump wants to reach an agreement on trade with Chinese President Xi Jinping at the Group of 20 nations summit in Argentina later this month and has asked key US officials to begin drafting potential terms, according to four people familiar with the matter.
The push for a possible deal with China was prompted by the president’s telephone call with Xi on Thursday, the people said, requesting anonymity to discuss internal deliberations. Afterward, Trump described the conversation as “long and very good” and said in a tweet that their discussions on trade were “moving along nicely.”
Trump asked key cabinet secretaries to have their staff draw up a potential deal to signal a ceasefire in an escalating trade conflict, the people said, adding that multiple agencies are involved in the drafting of the plan.
The offshore yuan climbed in response to the news, erasing a loss to advance 0.22 percent to 6.9030 per dollar as of 12:49 pm in Hong Kong. The onshore rate rallied 0.13 percent.
The telephone conversation on Thursday was Trump and Xi’s first publicly disclosed call in six months. Both sides reported that they had constructive discussions on North Korea and trade, with Chinese state media saying that Trump supported “frequent, direct communication” between the presidents and “joint efforts to prepare for” the planned meeting on the sidelines of the Group of 20 summit, which is scheduled to take place from from Nov. 30 to Dec. 1.
“Those discussions are moving along nicely,” Trump wrote on Twitter Thursday. At a campaign rally in Columbia, Missouri, on Thursday night he said, “they want to make a deal.”
“He wants to do it,” Trump said of Xi. “They all want to do it.”
It was unclear if Trump was easing up on U.S. demands that China has resisted.
The possible warming of relations comes after months of escalating tensions over trade that are threatening to spill into other areas of disagreement, including freedom of navigation in the South China Sea. The Trump administration this year has already imposed tariffs on $250 billion in trade with China and is threatening to impose tariffs on all remaining imports from China, which last year were worth $505 billion.
US-China talks have made little progress since May, when Trump put a stop to a deal that would see China buy more energy and agricultural goods to narrow the trade deficit. In Beijing that was seen as an insult to Xi, who sent a personal emissary to Washington for the negotiations, and cemented a view that Trump’s real goal was to thwart China’s rise.
In recent months China has repeatedly questioned the US’s sincerity in trade talks, wary of agreeing to something only to have Trump change his mind. While Beijing is open to striking a deal that narrows the trade deficit, officials have resisted Trump’s other demands — including an end to subsidies for strategic industries, a stop to forced technology transfer and more competition for state-owned enterprises.
One person said a sticking point in any potential deal is intellectual property theft, where the Trump administration has sought to take a hard line.
On Thursday, the US accused a Chinese state-owned company of conspiring to steal trade secrets of U.S. chipmaker Micron Technology Inc. as part of a Justice Department crackdown against China in cases of suspected economic espionage.
Fujian Jinhua Integrated Circuit Co. and Taiwan’s United Microelectronics Corp. were indicted along with three individuals, the Justice Department said. The US also sued to stop the companies from exporting to America any products that were created using the trade secrets.
White House economic adviser Larry Kudlow said at an event in Washington that Trump and Xi might be able to break the logjam on issues during the summit. But Kudlow cautioned that Trump would “aggressively” pursue his agenda against China, if no deals were reached on intellectual property theft, cybersecurity and tariffs on commodities, among other issues.
Trump’s posture toward China has been closely watched by investors, who are looking for the possibility of tensions cooling.
Xinhua, China’s state news agency, reported on Friday that Trump had told the Chinese leader that “he looks forward to meeting Xi during the G20 summit so they can have an in-depth discussion about some major issues.”
After phone call with Xi, Trump asks Cabinet to draft possible trade deal with China | The Indian Express
Publicado por salud equitativa en 5:27