The Moscow conference comes a month after the Taliban held talks with US special envoy Zalmay Khalilzad, who is tasked with finding a negotiated end to Afghanistan's protracted and increasingly bloody war, in Qatar, where the Taliban maintain a political office. 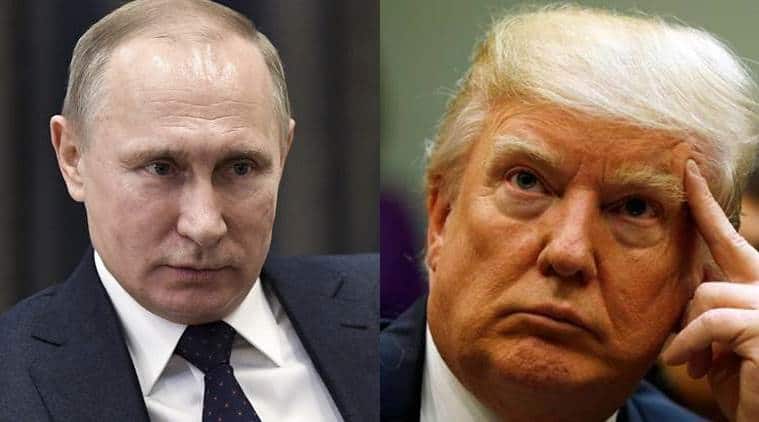 The US has lost more than 2,400 soldiers in Afghanistan since late 2001, when it invaded the country after the 9/11 terrorist attacks.
Russia on Friday said no one should play “geopolitical games” in Afghanistan as Moscow hosted a major conference to create “favourable conditions” for the start of direct peace talks with the Taliban whose representatives were present at the meeting which was attended by India for the first time.
Opening the second Moscow meeting on Afghanistan, Foreign Minister Sergey Lavrov said Russia and the countries of the region will continue to do everything possible to launch dialogue between Afghanistan’s government and the Taliban, which is banned in Russia.
“We are determined to make every possible effort to facilitate the opening of a new page in the history of Afghanistan,” Lavrov was quoted as saying by the state-run Tass news agency.
Addressing the gathering, Lavrov said the conference was “aimed at building an inclusive intra-Afghan dialogue in order to advance the national reconciliation process.”
The US Embassy in Moscow has sent a diplomat to observe Friday’s discussions at the meeting which is being attended by representatives from Afghanistan, India, Iran, China, Pakistan and some other countries.
India’s former envoy to Afghanistan Amar Sinha and former Indian High Commissioner to Pakistan T.C.A. Raghavan are representing New Delhi at the Moscow meeting at a “non-official level”.
India’s consistent policy has been that the peace talks should be Afghan-led, Afghan-owned, and Afghan-controlled and with participation of the government of Afghanistan.
In his address, Lavrov said, all countries of the region and the entire international community would like to see Afghanistan as a peaceful, independent and prospering country, free of terrorism and drug trafficking.
At the same time, Lavrov said Afghanistan should not be used for “geopolitical games” and stressed the importance of preserving territorial integrity of the country.
“Russia supports the preservation of a united and indivisible Afghanistan in which all ethnic groups populating the country could live peacefully and happily. I have no doubts that the other participants of the Moscow format share this approach and that we all go by basic national interests of the Afghan people,” he said before the talks continued behind closed doors.
“No one should think in terms of geopolitical games that may result in another transformation of Afghanistan into a field for competition between external players with drastic consequences both for the Afghans and their neighbours,” the minister stressed.
He said the issues Afghanistan has been facing can be resolved only through political means.
“That said, we welcome the delegations of the Afghan High Peace Council and the Taliban movement,” Lavrov said. “Their participation in today’s event is intended to make an important contribution to efforts to create conditions for direct talks between the government, the Taliban movement, public and political circles.”
He outlined the threat posed by the Islamic State group in Afghanistan and said the group has relied on foreign sponsors in a bid to “turn Afghanistan into a springboard for its expansion in Central Asia.”
The first meeting on Afghanistan, proposed for September 4 of this year, was called off at the last moment after the Afghan government pulled out, describing its involvement in the Moscow meeting as “unnecessary” as the Taliban had “disrespected internationally-sanctioned principles and rejected the message of peace and direct negotiations.”
The Moscow conference comes a month after the Taliban held talks with US special envoy Zalmay Khalilzad, who is tasked with finding a negotiated end to Afghanistan’s protracted and increasingly bloody war, in Qatar, where the Taliban maintain a political office.
Taliban political chief Abbas Stanikzai led the five-member delegation that discussed with Khalilzad “ways of finding a peaceful end to the occupation of Afghanistan,” Taliban spokesman Zabihullah Mujahid had said at the time in a statement.
On Thursday, Pakistan said the Afghan Taliban’s former deputy chief Mullah Abdul Ghani Baradar was released from jail at the request of the US as part of efforts to pursue a political settlement in war-torn country.
Baradar, one of the four top commanders who formed the Afghan Taliban in 1994, was in custody since 2010 after his capture by Pakistani authorities in a search operation.
The decision to free him was taken following the visit of US Special Envoy on Afghan Reconciliation, Khalilzad, to the region and his meetings with Taliban representatives in Doha, Qatar.
The Trump administration has also intensified its efforts to seek a negotiated settlement of America’s second longest war after Vietnam.
The US has lost more than 2,400 soldiers in Afghanistan since late 2001, when it invaded the country after the 9/11 terrorist attacks.
President Donald Trump is keen to withdraw the approximately 14,000 American troops who remain in Afghanistan, a promise he made on the campaign trail.
The US has said that it was ready to “support, facilitate and participate” in discussions with the Taliban over the role of international forces in Afghanistan but that the peace process would be Afghan-led.
Publicado por salud equitativa en 6:27