Let us remember | The Indian Express

Let us remember | The Indian Express Forced recruitment of Indian soldiers in WW1 mustn’t be forgotten 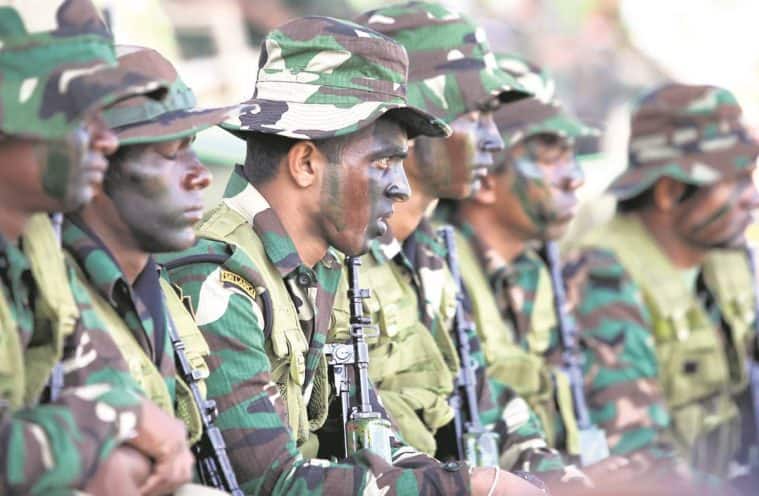 It was not uncommon for men to be forced, coerced, bribed and even bought by agents. Recruitment was not, especially in Punjab, a pleasant process. (Representational image)
On November 11, Remembrance Day, we will commemorate the Indian soldiers who fought in World War I. Many lost their lives or were taken as prisoners of war, fighting for the British. They had, ultimately, battled for the idea of freedom, even if it was not their own. But there is a darker side to this story, of forced recruitment and racism.
A disproportionately large number of the soldiers were from Punjab, which was continuously mined by the British for able-bodied men. Many such men did not want to be part of the war. The British valourised their sacrifice, but not all were convinced about the war.
It was not uncommon for men to be forced, coerced, bribed and even bought by agents. Recruitment was not, especially in Punjab, a pleasant process — ‘agents’ were rewarded by money or honours or both. As the British set quotas for different regions and special depots were set up, numerous agents and title hunters sprung up. Lieutenant governor at the time, Michael O’Dwyer was determined to win accolades for his contribution to the World War. Rewards, he said, “were such as would appeal to the Oriental mind, such as Indian titles of honour from ‘Raja’ and ‘nawab’ down to ‘Rai sahib’ and ‘Khan Sahib’, robes of honour, swords of honour, guns, cash rewards.” The grants could go up to 15,000 acres.
This “recruitment” also heavily tilted the gender balance in a way that remains skewed till today. Even if there was a marked male child preference earlier, in Punjab, this relentless recruitment over decades would enhance it, as the demand for young men continued till World War II. Punjab was already simmering with discontent in the early 20th century. The forced recruitment, fixed quotas and war loans added to the rising unhappiness. Ultimately it would erupt in anti-British protests in April 1919 which led to the Jallianwala Bagh massacre, and the terrible months under martial law.
Abroad too, this angst led to movements in which disenchanted, demobilised soldiers participated — such as the Ghadr-ites in California. The experience of living abroad made clear the dual standards of the British: While they were fighting for the British abroad, at home they faced racism. These movements were especially feared by O’ Dwyer and his ilk, as it was felt these could culminate into another 1857-type mutiny. This fear led, in part, to the passage of the Rowlatt Acts, which were repressive even by the standards of colonial laws.
This fear created an atmosphere of unreason and extreme racism. Though in April, 1919, the unarmed people of Amritsar were peaceably protesting against the draconian Rowlatt Acts, much more was read into it. Every gathering of people, every hartal called by Gandhi against the Acts, appeared to the rulers as a sign of insurgency. When Reginald Dyer opened fire, murdering hundreds and injuring thousands, it was once again the British using the army to suppress rebellion.
Forced and heavy-handed recruitment undoubtedly created great hardship for the people of Punjab. Though, there were many who enriched themselves from the rewards as well. O’Dwyer insisted in his memoir that the recruitment drive was not meant to denude the martial races “of the flower of their manhood”. Nonetheless, the target for the year beginning July 1, 1917, was set at over 2,00,000 men from Punjab alone. In my book there are sad examples of the resistance to recruitment: For instance, a tehsildar known for his cruelty while recruiting was lynched by his proposed recruits and families who did not want their sons to join the war effort, even paid for others to go in their place. Whilst we remember those who died for their colonial rulers, let us also remember the methods employed to recruit so many of them.
Desai is the author of Jallianwala Bagh, 1919, The Real Story