High court verdict on the custodial killings provides some consolation. But 30 years on, questions remain 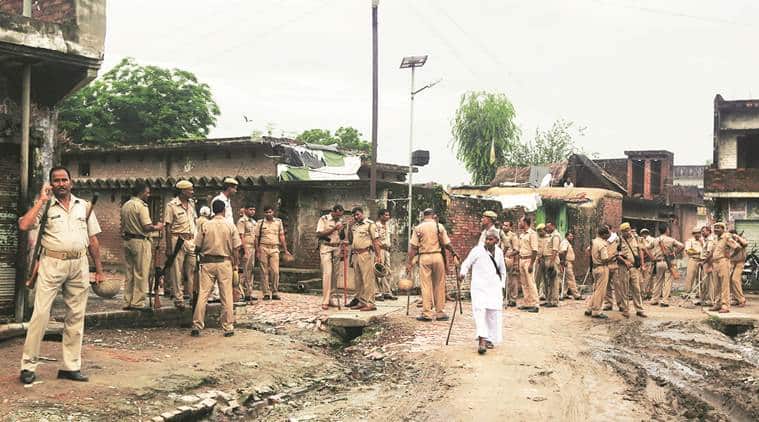 For three decades, I have been living with the nightmarish visuals of that humid, horrifying night in May 1987. (Express Archive)
The recent judgment of the Delhi High Court reversing the decision of the lower court acquitting Uttar Pradesh’s Provincial Armed Constabulary (PAC) personnel in the biggest case of custodial killings since Independence should have been a matter of immense satisfaction for a person who was witness to the gory incident. A person who was waiting for this day for three decades. Then why, when I was receiving congratulatory messages on my mobile in a remote village in Azamgarh, was I unable to say thanks with conviction?
For three decades, I have been living with the nightmarish visuals of that humid, horrifying night in May 1987. Searching for life among the blood-soaked bodies strewn around a canal and between ravines near village Makanpur on the Delhi-Ghaziabad border, I realised that I have become witness to the worst custodial killings. That fateful night, I took two pledges: As Superintendent of Police, I vowed to take the assassins and perpetrators of this heinous crime to their logical destination and the writer in me decided that I will write about my experiences some day.
There is an old saying that language is a very poor substitute of thought. When I eventually got down to writing the book, I discovered how daunting the task would be: Transmuting the pain of the victims and their families was a challenge that I, as a fiction writer, had never faced. I do sometimes draw certain characters from real life, but they become my own creations once I ensconce them in a plot. They change, grow and meander according to my whims. In some cases, people I have encountered have been impressed by their character turning into anti-heroes or villains in my books. But I could not do the same with the characters in Hashimpura and, in fact, submitted myself to them. As though in a nightmare, they haunted me and didn’t allow me my to take my usual liberties as a writer. The sheer brutality of the killings was overwhelming. I was often depleted, slowed down to a degree that even the smallest chapter wouldn’t be completed in one sitting.
By the time the words could capture them, the spectres of that night would have grown, morphed and expanded. Like Jaibunnisa, who gave birth to her daughter on May 22, 1987, around the time her husband was riddled with bullets at the Gang canal.
Somehow I could accomplish my second resolve: The book was completed. But what about the first one — to ensure justice to the victims by punishing the murderers and those who tasked them with the killing? After 31 years of a tiring and sometimes frustrating legal battle, one is not happy at the conviction of 16 low-level functionaries of PAC. My 36 years of experience in service tells me that a sub-inspector cannot take the decision of picking up 42 Muslims and killing them. Even if he decides to do so in all his stupidity, those under his command will not obey him. Everybody knows the consequences. One can dare to undertake such a misadventure only when one is sure of impunity.
One-and-a-half dozen head constables and constables could obey the command of Platoon Commander Surendra Pal Singh only because they were assured that no harm will come to them. Who gave them this assurance — some senior police officers, politicians or administrators? Nothing happened to them.
There are many open secrets, which were known to people in and around Meerut. Why was the investigation taken from me and handed over to the CID within 40 hours? Why were they allowed to make a mess of it? What about the mysterious army major who loitered around Hashimpura, where he was not supposed to be? What about the woman whose nephew was killed few hours before the victims were kidnapped in a PAC truck? While scanning the documents of the CID, I stumbled upon many leads which were leading the investigators to the perpetrators. Why did the CID suddenly decide not to pursue those leads? These issues keep me from enjoying this moment, one I was waiting for over all these 30 years.
Hashimpura’s ramifications are far-reaching. The reactions that came after the sessions court verdict in the case shocked me. Several events and discussions broke out across the country after the March 21 verdict. I too attended some of them and one could find a good number of youth from Muslim fundamentalist organisations: They were easily identifiable from the questions they asked.
I could sense many of them arguing with me and stressing the relevance of secularism while initiating discussions about Hashimpura. They are caught in a piquant situation: Ideologically, they would wish an Islamic rule but being a minority know that this is not possible in India. An important contemporary historian sums up the paradox of a majority of Muslims by pointing out that they wish a secular polity in the country not because they actually believe in secularism but they extrapolate it as the opposite of a Hindu nation. Incidents like Hashimpura strengthens radicals and weakens the secular space among Muslims.
The judgment of the high court may be some consolation but we must remember that in this case, all the stakeholders of the Indian state — the political leadership, bureaucracy, police, media and judiciary — initially failed. If we are really committed to keeping India a secular democracy we will have to ensure that Hashimpura never happens again.
Rai, a retired IPS officer, is the author of Hashimpura 22 May, a chronicle of the 1987 custodial killings
Publicado por salud equitativa en 3:28