Wynne appointed 38-year-old Malhi, a Liberal Member of Provincial Parliament for Brampton-Springdale, as the Minister of the Status of Women. Malhi is the daughter of Canada's first Sikh MP Gurbax Singh Malhi. 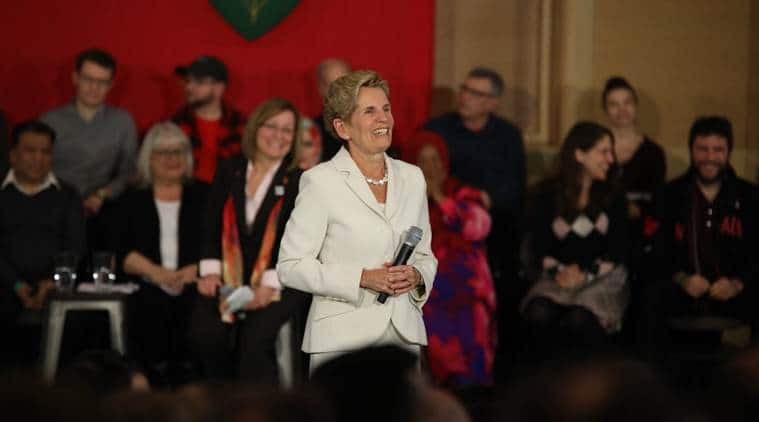 Kathleen Wynne during a Town Hall in Ottawa. (Source: Twitter/Kathleen Wynne)
Two Indian-origin women lawmakers, including a Sikh, have been inducted into the Cabinet of Ontario Premier Kathleen Wynne, in an apparent move to woo the community ahead of a major provincial election. The Indian-origin ministers inducted are — Harinder Malhi and Indira Naidoo-Harris.
The reshuffle was claimed by Premier Wynne as an effort “to make sure that we have that team that’s going to carry us into the election and beyond.” “I think it is important to have diversity — gender and regional and background diversity — at the cabinet table and so that has been part of the consideration as we go into this cabinet shuffle,” she said.
RELATED NEWS
Publicado por salud equitativa en 4:18