Print | Send by email
David Kuria is an Aspen Institute New Voices Fellow and a PhD researcher on project management in Kenya. 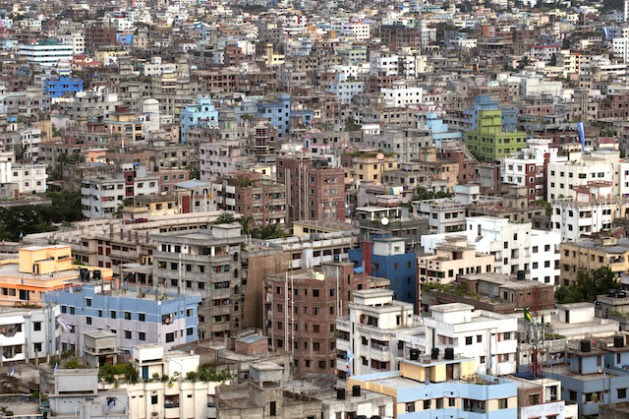 City view of Dhaka, Bangladesh. The Asia-Pacific region is urbanizing rapidly. Credit: UN Photo/Kibae Park
NAIROBI, Jan 24 2018 (IPS) - Urban development is one of our greatest challenges. While the world is highly urbanizing, our cities are transforming the nexus for the social, economic, environmental and political realities of our times.
The United Nations Human Settlements (UN-Habitat) predicts the number of people living in cities will almost double to seven billion in 2050 from 3.7 billion today. Unfortunately, most of our urban centres also are mired with growing unplanned settlements, the so-called slums, which have absolute no basic services while being home to over 1 billion people.
To tackle this looming urban growth challenge, UN’s New Urban Agenda, a 20-year vision for sustainable cities, was adopted at the 2016 Habitat III conference in Ecuador. There are also regularly-held World Urban Forum meetings that bring together great minds from the governments, political, development, academia and business to discuss the future of our cities. Next month, Kuala Lumpar will host the ninth series and lay down the implementation strategies under the banner “Cities 2030, Cities for All: Implementing the New Urban Agenda”.
This Forum will contribute to global mobilization towards advocating for the common vision on sustainable urban development in advancing on the achievement of the Agenda 2030 and the Sustainable Development Goals (SDGs). With only 12 years left to reach the SDG agenda, the Forum must come with concrete plans for accelerating a better urban future. 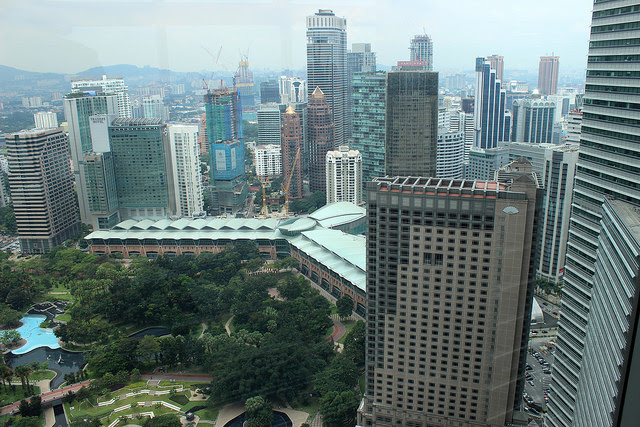 While Kuala Lumpur boasts islands of artificial rainforest, one of the fastest growing urbanized agglomerations stretching 2,245 sq.km around it, with 7.4 million people, has lost all ancient rainforests to destructive palm oil plantations. Credit: Manipadma Jena/IPS
The late December 2017 appointment of Penang Mayor Datuk Maimunah Mohd Sharif as executive director of UN-Habitat is also an important current moment for urban development. She is tasked with driving the global agenda on the implementation of the new urban agenda, attracting diverse thinking and mobilizing different actors to support practical action on the implementation of this agenda. She will further be tasked to provide urban areas and cities with the right mechanism and guidance towards sustainable development path.
My take is that it is doable, but UN-Habitat must mobilize enough financial resources to make it possible. UN-Habitat must also harmonise the operations of the other UN agencies working within the urban space, including UN Environment Programem (UNEP), International Labour Organization (ILO) and UN Women, among others.
One of the great urban challenges facing UN-Habitat and World Urban Forum attendees is to harmonise the sustainability performances of our cities. It will be necessary for the UN-Habitat administration to create a new framework for the City Sustainability Index (CSI) that will enable our city leaders and managers to assess and compare cities’ sustainability performance to understand the global impact of cities on the environment and quality of human life as compared with their economic contribution.
While cities have been touted as the engines for economic and political development, they have not received commensurate attentions in financing in terms of sustainability. We, especially in the Africa context, continuously use cities as garbage sites and pollute the rivers and water bodies and air. Crime is also rampant, there are health risks and other myriad challenges. Thus, a concerted effort towards urban performance, with global and national commitments (protocols for action on cities) should be enforced. We must protect our urban future. 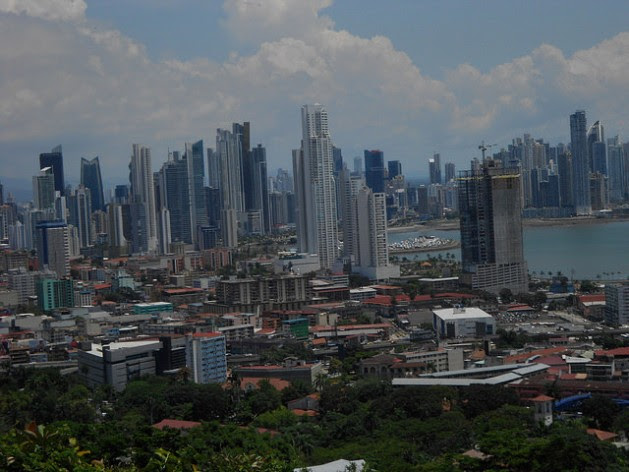 Panama City, one of the fastest growing metropolises in Latin America. Credit: Emilo Godoy/IPS
Of course, any global agenda will require commensurate local engineered actions. In Kenya, where I am based, for instance, the approval of the Urban Areas and Cities Act (2015) provides an impetus to the global new agenda thinking, through improving urban governance systems. The Act is expected to be implemented by the country’s new government and it offers a good framework for proactive and inclusive governance in line with the new urban agenda. The Act establishes criteria for classifying areas as urban areas and cities and the principles of governance and management of urban areas and cities. It has provided for participation by residents in the governance of urban areas and cities.
With proper implementation, this Act will herald in a new era of inclusive management of our towns and provide an opportunity for diverse capabilities and dialogues towards improving our cities. The engagement and inclusion of different sectors including professionals, neighborhood association, business communities and industry in the management of cities as outlined by the Act offers a good foundation for championing local actions.
As we move into the new year, we can only hold on hope for the better of our cities, both through the capability of the global UN agencies and localized efforts to mobilise more resources to effectively and timely implement the New Urban Agenda. Time is of the essence.