A shutdown would be an embarrassment for Republicans, who control the levers of power in the capital. But it might fulfill a wish Trump expressed in May 2017, when he tweeted: "Our country needs a good 'shutdown' in September to fix this mess." 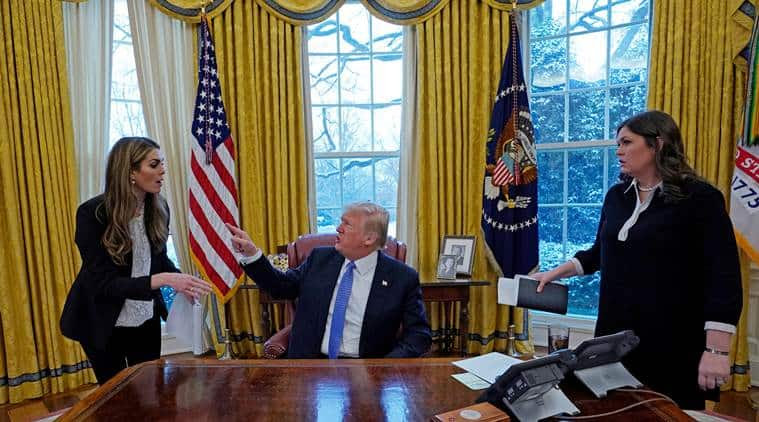 US President Donald Trump with White House Communications Director Hope Hicks (L) and White House Press Secretary Sarah Sanders (R) in Washington. (Source: REUTERS)
Government agencies were warning US employees on Thursday of a possible federal shutdown at midnight on Friday, as the Republican-controlled Congress and the White House scrambled to pass legislation to keep the lights on in Washington.
President Donald Trump, answering reporters’ questions at the Pentagon, said on Thursday the US government “could very well” shut down and that would be harmful to the military.
The Republican-controlled US House of Representatives on Thursday night approved a short-term funding extension through February 16, although the bill’s prospects looked uncertain in the Senate.
Publicado por salud equitativa en 4:33