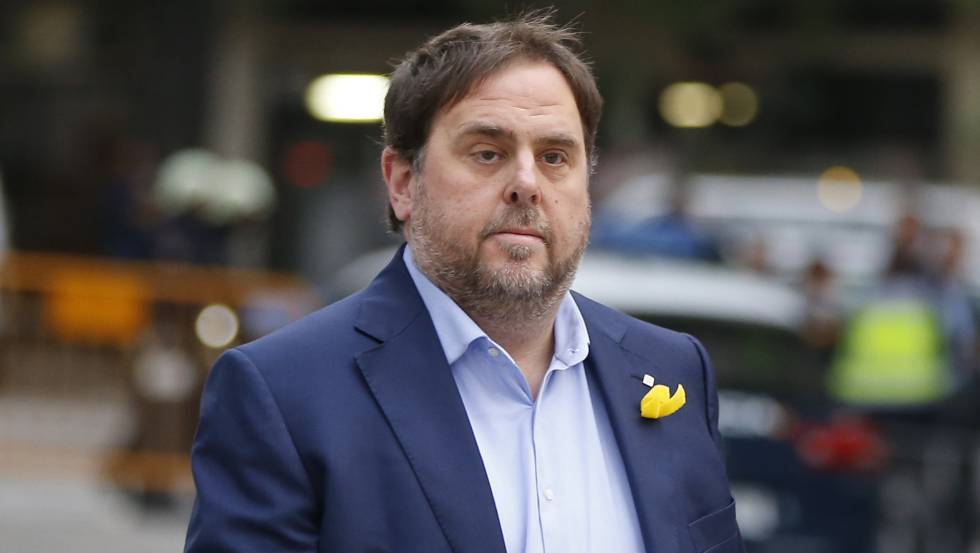 
The Spanish Supreme Court on Friday unanimously decided that former Catalan deputy premier Oriol Junqueras should remain in pre-trial custody.
The three justices on the panel stressed that Junqueras and his fellow ex-offficials are not being investigated for political dissidence or for defending independence, a political idea that is allowed by the Spanish Constitution, but for seditious crimes encoded in the law. As such “one cannot talk about political prisoners.”
The former deputy premier’s behavior constituted an “illegitimate” and “very serious” act in a country governed by the rule of law, the Supreme Court said
Junqueras – ousted after Madrid used emergency constitutional powers to dismiss the Catalan regional government – has been in prison since early November. He faces charges including rebellion, sedition and misuse of public funds for his role in a recent independence push in Catalonia which culminated in the regional parliament defying Spain’s Constitutional Court to pass a unilateral declaration of independence.
According to sources present at that appeal hearing, Junqueras stated that he was a religious man and a “man of peace,” and showcased his own “civic behavior” to convince the court that he should be released. He also underscored that he supported dialogue and “a negotiated way” out of the conflict pitting Spanish central authorities and Catalan separatists, according to his lawyer Andreu Van den Eynde.
However, the court has now rejected Junqueras‘s appeal, citing fears he would commit the same crimes for which he is being investigated. There was no evidence to suggest Junqueras would abandon the unilateral independence route, the court said.
Several sources who were present at the Thursday hearing noted that Junqueras did not take this opportunity to expressly renounce unilateral independence, or to assert that he will obey existing legislation from now on. Other Catalan ex-officials involved in the same probe, including parliament speaker Carme Forcadell, did make such assertions at their own hearings, and were subsequently released from pre-trial custody.
The Supreme Court argued there was no evidence suggesting Junqueras would abandon the unilateral independence route
Following the hearing, prosecutors underscored this “lack of commitment” by Junqueras, and lamented that he did not “abandon the use of illegal means to defend his political project.” His call for dialogue should be construed only as a negotiation about the terms of unilateral independence.
In its writ on Friday, the court began by highlighting that under the Spanish Constitution, anyone can legitimately defend a political position based on the independence of part of Spain’s national territory. But existing laws must not be broken in the defense of such positions, the court said.
Junqueras, the court said, had not limited himself to defending independence for Catalonia, but had actively participated as deputy premier in a plan to declare unilateral independence in defiance of existing legislation. He “had risen up against the Spanish state, against the Constitution, against the Catalan Statute, and against the remainder of the body of laws.
The former deputy premier’s behavior constituted an “illegitimate” and “very serious” act in a country governed by the rule of law, the Supreme Court said. In its writ, the court analyzed the actions of Junqueras and argued that these could indeed be seen to constitute rebellion, sedition and misuse of public funds.
The court stressed that actions by Junqueras and other key pro-independence figures to incite supporters to mobilize on the streets, and thus force the Spanish state to accept independence, involved assuming and accepting “predictable and highly probably episodes of violence in order to achieve the proposed aim.”
English version by George Mills and Susana Urra.
Publicado por salud equitativa en 4:56