Once Upon A Battle | The Indian Express

Once Upon A Battle | The Indian Express

Once Upon A Battle

At that time, Koregaon was a battle both sides thought they had not won 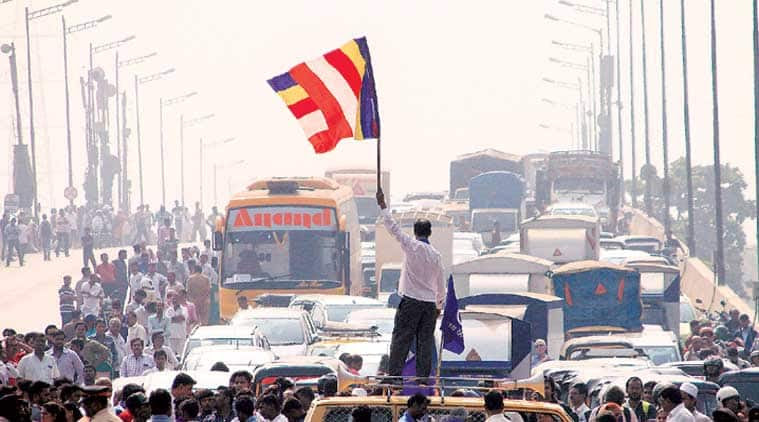 Protesters block traffic on Western Express Highway near Goregaon in Mumbai on Wednesday. (Express Photo: Amit Chakravarty)
As we witness the state of Maharashtra on the boil over the Battle of Koregaon that happened 200 years ago, it would be in order to recall what happened at Koregaon on January 1, 1818.
No one among the battle’s contemporaries or its participants realised that it was of any importance. In fact, all the troops, English and Peshwai, that fought the Battle of Koregaon retreated from the field fully convinced that they had lost and would lose even more were they to stay put.
Throughout the engagement of Koregaon, the Peshwa sat under an aftabgeer, a sun-shade, watching the fight and chiding his commanders for their inability to dislodge a small number of East India Company troops from the village. With the day’s fighting over, some 600 of his troops dead, the Peshwa decided at night to move away from Koregaon towards the Deccan to seek shelter among any friends he might be able to find. At dawn, he marched away to Salpi Ghat.
Publicado por salud equitativa en 5:06