Mining: How corruption has scarred the Spanish environment | In English | EL PAÍS

Mining: How corruption has scarred the Spanish environment | In English | EL PAÍS

How corruption has scarred the Spanish environment 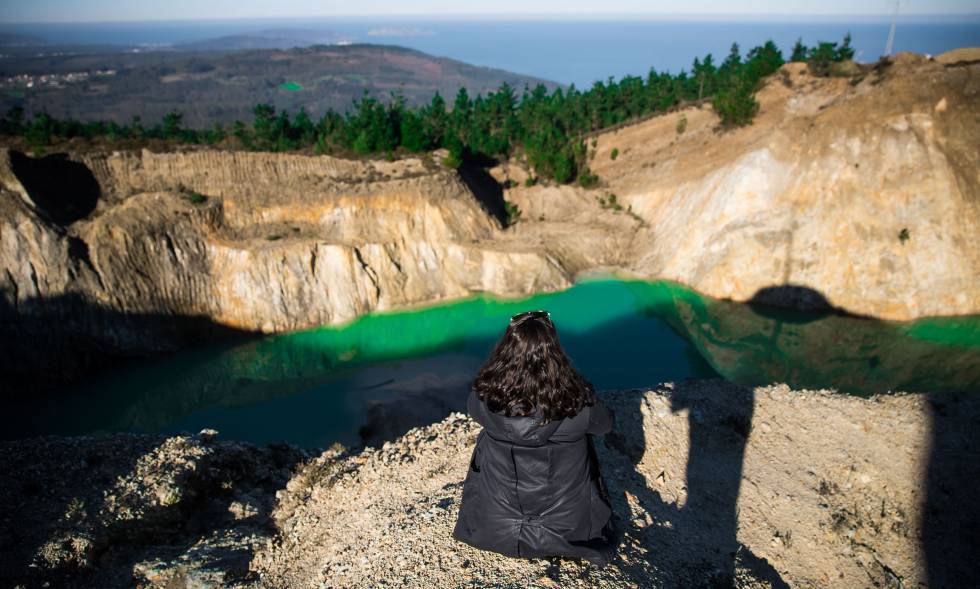 
Monte Neme is a magical place for the residents of the Costa da Morte (Death Coast) in Spain’s northwestern Galicia region. Legends and archeological finds document the existence of witches covens, while the site also offers stunning views of the coast.
The ministry didn’t explain why it never imposed environmental rehabilitation guarantees on Leitosa
But Monte Neme is also scarred by one of those companies which “come, pillage and leave,” as Luis Lamas, the public works councilor for nearby Carballo, puts it. “This is just one more example of the colonial treatment some firms give Galicia,” he says.
The Monte Neme quarry was mined until 2012 by Leitosa SAU, a subsidiary of the already defunct Valencia-based group Sedesa, owned by the family of Popular Party (PP) politician Juan Cotino, a former vice president of Spain’s Valencia region. Public prosecutors called for Cotino to serve 11 years in prison over alleged corruption related to the 2006 Spain visit of Pope Benedict XVI. According to Spain’s business register, the firm was operative from 2006 to 2012 before bankruptcy proceedings were launched by Vicente Cotino Escribá, the nephew of the PP leader. In February 2017, Cotino Escribá made a deal with prosecutors which saw him confessing to illegal financing of the PP through businesses involved in Spain’s massive Gürtel kickbacks-for-contracts scandal.
Leitosa extraced quartz, sand and cement from the Monte Neme without the Galician regional government ever asking for guarantees that the zone would be rehabilitated after operations terminated. For its part, the mining company received half a million euros in public subsidies. When it went broke and managers went below ground, Cotino’s firm left behind a lunar landscape with six pools of a disturbing turquoise color as well as rusting equipment. The price tag for environmental rehabilitation of the site is €1.5 million, according to the Galician mining industry association.
The price tag for environmental rehabilitation of Monte Neme is €1.5 million according to the Galician mining industry association
The environmental damage didn’t end with Leitosa’s disappearance, either. In February 2014, one of the waste ponds at the site broke its bank and 24,000 cubic meters of toxic residue headed downhill towards the nearby hamlets of Aviño and Razo da Costa, causing damage totaling €140,000. A lawsuit saw the Galician regional government secure €6,000 in damages from the insurance firm AXA. But local authorities in Carballo and Malpica are still litigating to win compensation. The court’s final decision setting compensation for the regional government also ruled out any responsibility by the latter, and assigned full blame for the accident on the concession holder.
The overflow of the pool took place despite previous warnings from local authorities and residents about the dangers posed by the abandoned quarry. Galicia’s regional economics department says works were carried out at the pool in question “to guarantee security” and “improve the stability of the banks during the winter season,” adding that inspections are ongoing. But the department didn’t explain why it never imposed environmental rehabilitation guarantees on Leitosa.
Authorities in Carballo say the regional government is doing only the bare minimum in terms of safety but have ruled that the turquoise liquid in the pools is not dangerous. “These waters have natural toxicity because of the soil make-up, [there is] a high level of aluminum but we haven’t detected arsenic,” says Lamas of analysis carried out at the site.

PUBLIC WORKS COUNCILOR LUIS LAMAS
In what could seem like a joke, the Galician government even went as far as to include the mining pools at Monte Neme in a regional tourism campaignas if they were exotic natural lakes. The “error” was corrected but locals say the arrival of visitors is putting the site at even greater risk.
“You see families and tourists going right up to the very edge of the banks, which are very steep, to take selfies. It’s only a question of time until someone falls into a pool,” says Adrián Eirís, the spokesperson for the Plataforma pola Defensa de Monte Neme (Defenders of Monte Neme) group, who is also is a technician in the cartographical laboratory at University of A Coruña. He has also criticized the Galician regional government for not fully surveying the pools and for failing to fence them off, even though these measures were contemplated after the 2014 accident.
English version by George Mills.
Publicado por salud equitativa en 4:34