#JusticeForZainab: Will the uproar translate into lasting social change in Pakistan? | The Indian Express

#JusticeForZainab: Will the uproar translate into lasting social change in Pakistan? | The Indian Express

#JusticeForZainab: Will the uproar translate into lasting social change in Pakistan?

Child pornography was made illegal for the first time and became punishable, along with child trafficking within Pakistan. 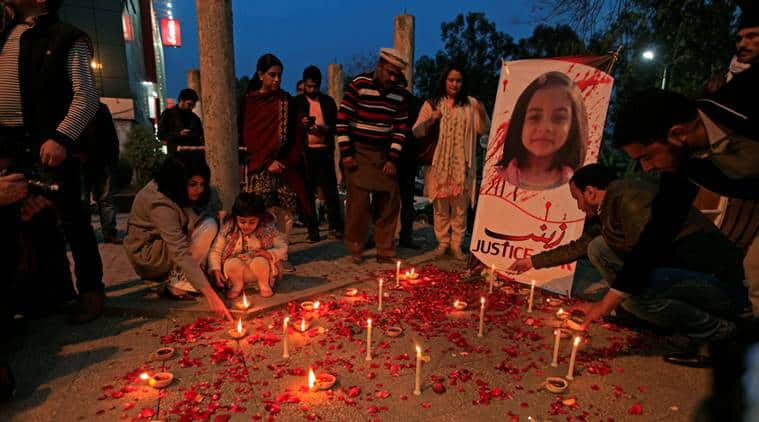 Members of Civil Society light candles and earthen lamps to condemn the rape and murder of 7-year-old girl Zainab Ansari in Kasur, during a candlelight vigil in Islamabad. (Reuters)
Nearly two hundred young people, mostly young activists and students, were protesting for a minor rape victim who was found dead two days ago. They had placards saying “Justice for Zainab”, “Stop Sexual Molestation” and “Justice Delayed is Justice Denied” in both Urdu and English, at the Liberty Market Roundabout, located in the middle of Lahore’s posh residential area and surrounded by busy high-ways. These young people chanted slogans like “Zainab’s rape is our rape” and “Zainab we are ashamed your murderers are still alive” in Urdu.
Publicado por salud equitativa en 6:39