According to The Guardian, Steven Bannon described a Trump Tower meeting between Donald Trump Jr., Trump campaign aides and a Russian lawyer as "treasonous'' and "unpatriotic''. 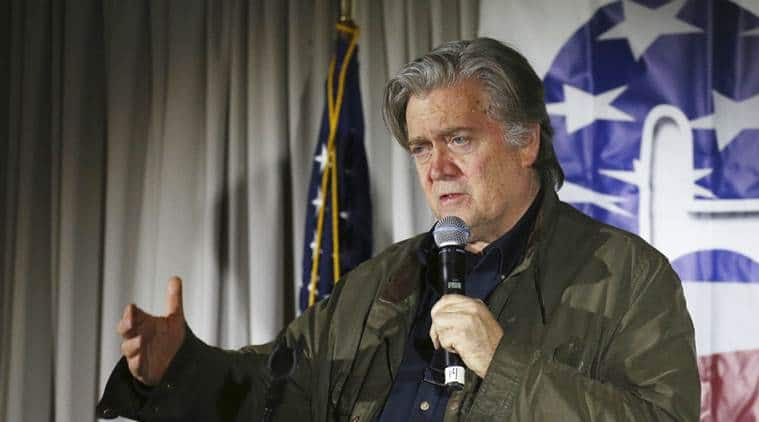 Donald Trump says in the statement that when Steve Bannon was fired, “he not only lost his job, he lost his mind.” A new book by writer Michael Wolff offers a series of explosive revelations, including that Trump never expected to win the 2016 race.(AP Photo)

United States President Donald Trump on Wednesday blasted his former chief strategist ahead of the release of a new, unflattering book that paints the president as juvenile and his White House as chaotic.
Trump, in the statement, said that Steve Bannon “has nothing to do with me or my Presidency” and charges that: “When he was fired, he not only lost his job, he lost his mind.” “Steve doesn’t represent my base-he’s only in it for himself,” Trump says.
RELATED NEWS