Ability versus aspiration | The Indian Express

Ability versus aspiration | The Indian Express 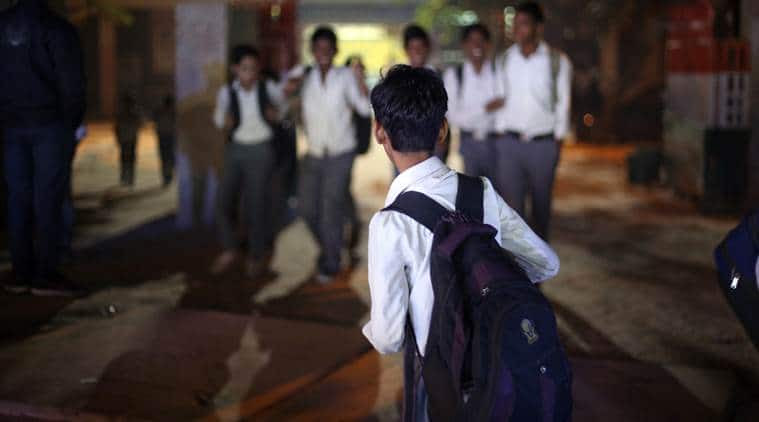 In fact, tracking ASER data over time, we can see that for children (6 to 14) in rural India, enrolment rates have over 95 per cent for over 10 years now (File)
The Right to Education Act came into force in 2010. However, the trend towards universal elementary education was well in place before that. For example, for the age group 6 to 14, enrolment levels have been high and rising for quite some time. Even as early as 2005-6, the first Annual Status of Education Report (ASER) and an independent household survey commissioned by the Ministry of Human Resource Development around the same time, confirmed that well over 90 per cent children in this age group were enrolled in school. In fact, tracking ASER data over time, we can see that for children (6 to 14) in rural India, enrolment rates have over 95 per cent for over 10 years now.
What are the implications of almost all children being in school? It is well known that enrolment is high. What is less known is that for the first time in the history of India, we are beginning to see cohorts of children almost all of whom have completed eight years of schooling. Census data suggests that there are roughly about 25 million children in each age group in India. According to government figures (DISE), in 2005-6, a little over 11 million were enrolled in Class 8. In 10 years, this number has almost doubled. In 2014-15, there were close to 22 million children enrolled in Class 8.
This number must be even higher today. Relatively speaking, the overall number for Class 8 enrolment has not increased much in states like Maharashtra or Tamil Nadu. But in young states where provision of primary schooling has expanded a lot in these years, the increase in Class 8 enrolment is massive. In Bihar, half a million children were in Class 8 in 2005-6. By 2013-14 this number had risen to 1.7 million. In UP, the figure had gone from 1.7 million to 3.4 million in the same period.
For young people, age matters. There are distinct differences in activity status by age. By the time children reach Class 8, the bulk of them tend to be in the age range of 13, 14 or 15. But for both boys and girls, the proportion of children not enrolled in school at age 13 is substantially different from that at age 15. ASER data from 2006 indicates that at least in rural India, 10 per cent of 13-year-old girls and 21 per cent of 15-year-old girls were not enrolled in school. By 2016, this number had fallen to 4.2 per cent for 13-year-olds and almost 14 per cent for 15-year-olds. Incidentally, the gender differences among boys and girls had also narrowed considerably in this time.
What do we know about the basic capabilities of those who have completed eight years of schooling? For over a decade, the ASER reports have been pointing out that foundational skills like reading and basic arithmetic even at the point of completion of elementary school are worryingly low. About a quarter of all children in Class 8 struggle with reading simple texts and more than half are still unable to do basic arithmetic operations like division.
ASER data also suggests a declining trend over time. This means that successive cohorts of children reaching Class 8 are doing worse than their previous counterparts. This pattern is also seen in other studies that longitudinally track student achievement. For example, the Young Lives study that has been following children over a long period of time in Andhra Pradesh finds that the percentage of 12-year-olds answering the same maths questions correctly in 2006 is higher than that in 2013. A hint of this decline was also visible in the analyses done on past rounds of the government’s National Achievement Survey data.
What does all this empirical evidence point to? As a country, we need to be ready for a new generation of young people. Every year we will be “graduating” a cohort of close to 25 million young and hopeful boys and girls from elementary school. These cohorts will move past the goal post into the life that lies for them beyond compulsory schooling.
They cannot enter the work force at least in the organised sector until they are 18. For many families, these children are the first from their families ever to get this far in school. On the one hand, aspirations run high. Parents and children expect that such “graduates” from school will go on to high school and college. Hardly anyone wants to go back to agriculture where their parents may have spent their entire working life. On the other hand, abilities, at least in terms of academic competencies, are far lower than they should be even based on curricular expectations of Class 8. Whether in terms of further education or work, caught between high aspirations and worryingly insufficient levels of learning, this generation is moving ahead into an uncertain future.
There is still time to help. On the side of provision, there are ongoing moves to universalise secondary schooling; there are serious efforts to expand skilling opportunities. But as a country, we need to know not only what we want to prepare this generation for but also what the young people are aspiring to do.
Aligning abilities and achievements with aspirations, forging promising alternative new pathways forward is critical not only for youth but for the country as well. On January 16, a new ASER report will become available. This time, the exercise focusses on the age group 14 to 18. Close to 120 million people are in this age group in India today. We hope that shining a spotlight on this new generation will enable a national discussion to start. If we do that with commitment and urgency, then solutions and possible pathways will follow.
Banerji is CEO of Pratham Education Foundation and Wadhwa is head, ASER Centre
Publicado por salud equitativa en 3:02